Nevada serves as a fine example of why Black voters are so critical for Democratic candidates.

Only 9 percent of the state’s electorate is Black so it’s easy to overlook their relevance. However, because Blacks, as a racial demographic, are so overwhelmingly pro-Democratic, healthy Black voter turnout can make or break a political race.

So, how does this work?

Let’s look at some key facts about Nevada:

To be clearer, Biden, who was supported by about 106,700 of roughly 123,400 Black voters in Nevada, carried the state by less than 35,000 votes. And that is EXACTLY why Republican lawmakers sometimes try to thwart Black voter turnout.

Without strong voter participation among Blacks, Biden would have lost the state.

“Obviously our numbers are pretty small in Nevada,” said Laura Martin, executive director of Progressive Leadership Alliance of Nevada (PLAN) Action Fund. “We’re not going to be the majority of your votes, but we can be the margin of victory.” (Source: Nevada Independent)

In Nevada, Latinos comprise about 20 percent of the population, far outnumbering Blacks. However, they traditionally vote in lower percentages than Blacks and are not as partisan. Whereas only about 12 percent of Nevada Blacks supported Trump in 2020, 1 in 4 (25 percent) Hispanics voted for the president. In fact, Hispanic support for the president was well over 20 percent in several key states.

N.B: Black voters in Nevada, the state we’ve chosen as our example to highlight the importance of the Black vote, were actually quite friendly to the Republican presidential candidate in 2020 compared to other swing states. Twelve percent supported Trump in 2020.

It’s also important to keep in mind that while Hispanics outnumber Blacks in Nevada and nationwide, Blacks still outnumber Hispanics in many key states such as Georgia, Pennsylvania, Michigan, and North Carolina, making Black turnout even more critical in those locales.

If President Trump had received just 18 percent of the Black vote in Pennsylvania, Wisconsin, and Georgia, he would have carried those states and won the election.

“The African American vote is so crucial at this moment. In fact, it is so crucial that it will define democracy and save it from the posture that it was in,” said Derrick Johnson, President and CEO of the National Association for the Advancement of Colored People (NAACP), in a briefing on Black voters two days after Election Day. (Source: Nevada Independent)

Black Women
So, why all the fuss about Black women IN 2020?

Well, they typically vote at higher rates than Black men and are even more Democrat-friendly. In Nevada, for example, only 8 percent of Black females supported Trump in 2020 compared to 17 percent of Black males. And in Pennsylvania, Black men were 3x more likely to support Trump than Black women.

So, not only are Black women more likely to go to the polls than Black men, but they are also less likely to vote Republican.

It’s no wonder Biden selected Sen. Kamala Harris as his running mate as she was certainly key in turning out Black women voters. And let’s face it, Trump’s comments about Blacks and women through the years haven’t exactly endeared him to that demographic, who were already energized to vote against him anyway. 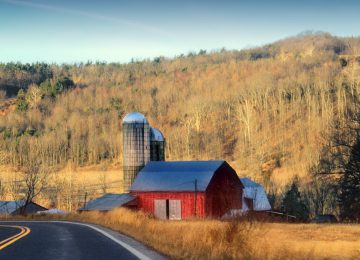