“I was offended in the speech,” Rove told Fox News.

“There was a point in there where he said we’re divided as a country between the people who believe in the American ideal and racism, nativism, and fear.”

“No, no, no. We’re divided as a country politically over questions of policy and direction and respect, but we’re as united as a country against racism and nativism.”

Does Rove have a point about racism? (We’ll address nativism in another article)

We witnessed strong unity among the races last Summer when people of all racial and ethnic backgrounds marched nationwide in protest of George Floyd’s murder and previous and subsequent altercations involving the police and Blacks.

Perhaps for the first time in America’s history, Blacks were largely outnumbered by non-Blacks in civil rights protests that called attention to the mistreatment of Blacks.

Years ago, such demonstrations would have been predominantly Black with a spattering of Whites.

Watching Whites, Asians and Hispanics demonstrate in unison with Blacks reminded some of us of the power of America’s greatness.

…. But there’s another side to the coin. Blacks see it all the time and Election Night 2020 was a solid confirmation of it.

Let’s start with the facts:

Fact: A president who’s had quite a bit of difficulty denouncing white supremacy was extremely competitive in the election, despite losing…

Fact: A president who is adored by admitted racists was extremely competitive in the election, despite losing…

Fact: A president whose administration has worked aggressively to turn back the clock on our nation’s civil and human rights progress was extremely competitive in the election, despite losing…

Fact: A president who did more to incite racial protests last summer than be part of the solution was extremely competitive in the election, despite losing…

And the Harshest Fact: That same president received a whopping 57 to 58 percent of the White vote in the 2020 U.S. Presidential Election.

And that, Mr. Rove, is the problem.

Racism isn’t trending anymore but its tolerance certainly is.

Most Americans aren’t racist but 47 percent will support a racist agenda so long as they aren’t the ones victimized by that agenda.

Hence, America’s biggest problem isn’t its number of hardcore racists per se – It’s the (alleged) non-racist people who turn a blind eye to racism and subsequently ask in a clueless tone, ‘What’s the problem? I’m not a racist. No one I know supports hate groups.’

Those people would never burn a cross in someone’s yard but would look the other way if they saw someone else do it.

Do you not see the problem with that?

It’s easy to look in the mirror and be fine with what you see because maybe you don’t harbor an ounce of racial hate; But when you vote for Trump or don a MAGA hat, you wonder why your Black friends take exception.

Unbeknownst to you, you’re part of the problem.

Let’s face it, the slogan “Make America Great Again” is a loaded phrase and a reference to taking the country back to the 1920s, 40s or 50s, depending on who you ask. (The 1930s was marked by The Great Depression so we’ll skip over that one)

Regardless of which decade you choose, minorities, women, and gays were viewed and treated as second-class citizens versus their straight, white Anglo-Saxon male counterparts.

… That’s an undeniable fact. And it’s why MAGA is so justifiably offensive to many.

Problem: You’re not a racist but you’re all too content to overlook America’s bigoted past and the racist elements in Trump’s tone and agenda, and the insidious fact he’s a literal god to hate groups across the country.

But it’s OK because you have Black friends and treat everyone equally, right?

You’re a conservative who supports Trump because he claims to be pro-life and wanted to build a wall to keep out Mexican and Central American wannabe immigrants.

There are other pro-life, anti-immigration conservatives… Why did you choose the most racist, least-competent one?

Even 1968 America chose a status quo Republican in Richard Nixon over then hatemonger and proud segregationist George Wallace.

In the end, this has little to do with Democrats or Republicans, or liberals or conservatives. Both parties have their share of good and bad politicians.

…. But supporting Trump was/is indefensible. And it shows we still have a long way to go in race relations.

Yes, Mr. Rove…. Despite four years with Donald Trump as president, racism in America is still largely frowned upon, and the number of Americans who’ll commit racist acts is far outnumbered by (alleged) non-racists who won’t.

… Unfortunately, so long as SOMEONE ELSE is the victim, many of those (alleged) “non-racists” are still all too willing to hop on the bigot bus for the ride.

You point your finger at someone else and say, “I’m not like that racist loser over there.”

You call them ‘racist’ without realizing you, too, are part of the problem. By not disavowing racism, in your words and actions, you promote it.

First they came for the socialists, and I did not speak out—
Because I was not a socialist.

Then they came for the Jews, and I did not speak out—
Because I was not a Jew.

Then they came for me—and there was no one left to speak for me.

Whether you’re a racist or not, silence is complicity…

Mr. Rove, maybe you don’t fit the literal definition of ‘racist’ but your jab at Biden’s remark and previous support for Trump certainly make you racist-complicit and part of the very problem you insist doesn’t exist. 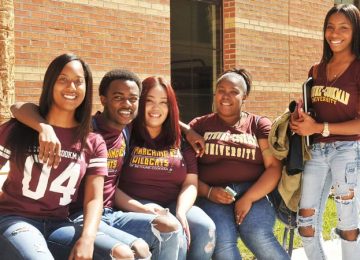