While running in the primary, Vance and his team aired a colorful (pun not intended), misleading political commercial.

“Are you a racist?” Vance opens.

“Do you hate Mexicans?”

Not quite, Mr. Vance.

Fact: There is no ‘open border policy.’ In fact, President Biden continued with Trump’s policy of banning asylum seekers from entering the country, citing the risk posed by COVID. (Why Biden’s immigration policy looks a lot like Trump’s)

Title 42 expulsions are removals by the U.S. government of persons who have recently been in a country where a communicable disease was present. The extent of authority for contagion-related expulsions is set out by law in 42 U.S.C. § 265. During the COVID-19 pandemic, the Trump administration used this provision (section 265) to generally block land entry for many migrants. The program has been continued by the Biden administration. (Source Wikipedia)

Title 42 expulsions by month and department are as follows:

Fact: Non-citizens, including those who are permanent legal residents, cannot vote in federal, state, and most local elections (USA.gov)

Vance continued the fear-mongering – “I nearly lost my mother to the poison coming across our border.”

“No child should become an orphan.”

What a creative link… Mexican and Central American immigrants nearly made Vance an orphan?

Apparently, his mother had a heroin addiction, a very serious illness. And we sympathize with anyone who falls prey to the evil clutches of drugs. However, did Mexican illegals hold her down to administer the chemical or did she take it by choice?
Hmm…

And in reference to Vance’s comment that our border policy is ‘killing Ohioans’, is that because Ohio is so close to the Mexican border?

Mr. Vance’s political ad is so wrong in so many ways.

Why didn’t he run on real issues and the facts, and accurately cite his ideological differences with Democrats instead using unprovoked fear and hate? 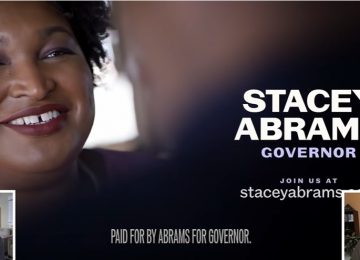