Although recent history tells us Democrats should be concerned about getting hammered in the 2022 midterm elections, several big-name House Republicans might go down for the count prior to their general elections.

The controversial first-term congresswoman will face state Sen. Don Coram to represent Colorado’s 3rd congressional district in the U.S House of Representatives in 2023 and 2024.

Coram, who launched his political career as a school board member, was elected to the Colorado House of Representatives in 2010 and to the state’s Senate in 2016.

Can he defeat the still-novice incumbent many conservatives affectionately call a firebrand?

In what was considered a major primary upset in 2020, Boebert upended fellow Republican Scott Tipton who was vying for his sixth term.

A Trumper and QAnon conspiracy theorist, Boebert supports far-right groups like the Proud Boys and Trump’s false claims that the 2020 election was stolen from him. In fact, she voted to overturn the 2020 presidential election results and supported the rioters who stormed the Capitol on January 6, 2021.

She also opposed measures intended to prevent the spread of COVID-19, and posted misinformation related to face masks and COVID-19 vaccines.

And let’s not forget, she opposes sex education, gay marriage, the transition to green energy, and has openly insulted the religious faith of other Members of Congress,

More recently, she voted against support for Ukraine following the Russian invasion and validated the unprovoked attack via pro-Russian disinformation.

“When the fringe leaders of both political spectrums have taken all the oxygen in the room and act more like out-of-touch celebrities than members of Congress, we have a problem,” Coram argued on his campaign site.

But Boebert’s unrepentant toxicity, extreme views, and presumed lack of substance on the issues not only make her volatile, those traits undoubtedly increase her favorability among anti-establishment folks who view her as a rebel of sorts.

Will Boebert lose in her GOP re-election primary?
According to a report from Politico, her antics are backfiring with her constituents.

“Among voters in Pueblo—the largest and most politically unpredictable city in Boebert’s vast district—there is a growing sense of exasperation with the freshman representative not yet six months into her tenure,” wrote Politico’s Jennifer Oldham in a Summer 2021 article.

Need examples?
Boebert’s opposition to President Joe Biden’s $2 trillion infrastructure plan had some in her district fuming because local leaders there believe it would create a lot of strong jobs in the region.

And to add insult to injury, it was reported Boebert refuses to comment on why she opposes Biden’s infrastructure plan. Also, given her local office is closed, there’s no one available on her staff to discuss the issue.

Her local office is closed? Oops.

“One of the key parts of that [infrastructure] plan is Amtrak expansion. Ours is one of only three mills in the country that makes rail,” said Charles Perko, a local union leader, via Politico in 2021.

“If we can get just that part of the infrastructure plan alone passed, that will be business that would keep us in jobs for many years.”

Gus Garcia, a political independent who voted for Boebert in 2020, told Politico last year, “I thought Lauren would be a great representative for small-business owners because she owns a small business, and she came from a humble lifestyle.“

“But she has been so terribly disappointing. I am humiliated and embarrassed when she speaks on the House floor. She screams all the time, and she seems to have affiliated herself with white supremacists.”

Races in Boerbert’s district have tightened since 2014. Combine that with Boebert’s national image and apparent indifference to her constituents and it’s obvious why Coram thinks he can topple Boebert in the Republican primary.

2020 vs 2022
In November 2020, Boebert won the right to represent Colorado’s 3rd Congressional District with 51.4 percent of the vote, finishing a solid 4.9 percentage points over her Democratic challenger.

And while she continues to have strong support from former President Donald Trump, she appears to have a formidable primary challenge because her district, despite leaning Republican, isn’t over-the-top conservative.

The winner of Boebert vs Coram will be a favorite to win the general election. 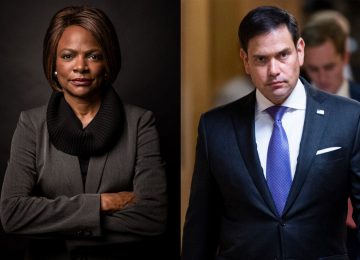